In honor of the recent 238th anniversary of the American Declaration of Independence in 1776, I present to you a very special pencil produced for the 100th anniversary in 1876.

Appropriately, it is Centennial, from the American Lead Pencil Company.

The pencil is triangular, with red, white, and blue sides:

I also have this Centennial 1876 made somewhat later by Dixon.  But in my opinion, it’s not quite as nice:

The pencil I used for the header is a beautiful thing —

It is glossy black with gold lettering that likely has real gold, as there is little or no tarnish after 130 years.  Its logo is the most detailed of the varieties that have been on Eagle pencils.  And whatever sharpened it left a nice scalloped pattern.

Here is a group of pencils that I describe as “Bullet Top.”  Granted, some of the bullets are not very pointy. 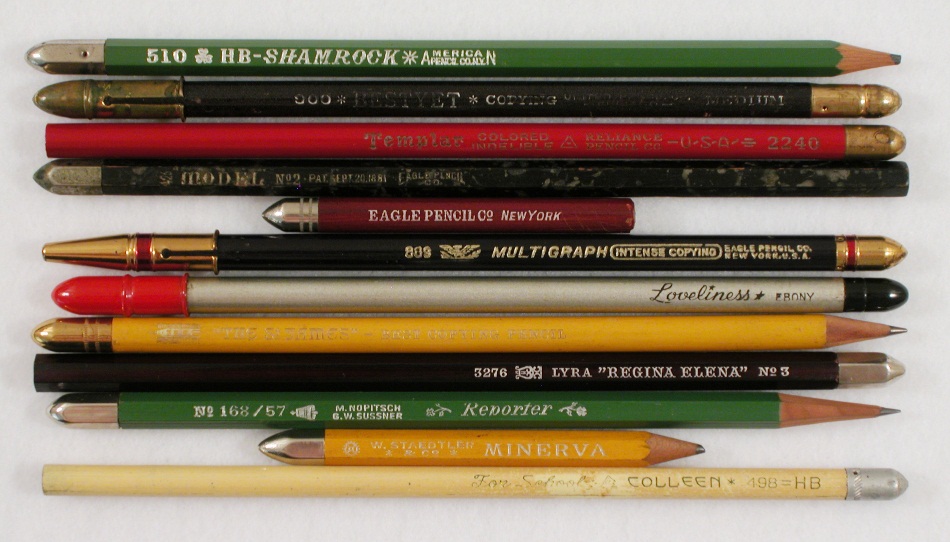